When putting together your backyard show this year, there are many different methods of lighting to consider. You can use stakes to spread out and hand light all your cakes, or you can use cinder blocks to brace them and light one at a time. You can also fuse all your cakes together where you would only light one fuse, and if timed perfectly, all your items will fire off one at a time in the designated order you’ve decided. Today we’re going to talk about the different types of fuses used for the last method. Stay tuned for next weeks blog, when we tell you exactly how it is you fuse the cakes together!

Green fuse is the most common fuse sold in the consumer market. It’s the slowest burning of the fuses at approximately 25 seconds per foot. Often times it is coated with wax or a type of lacquer, making it water resistant. When lit, visco fuse produces an easily visible flame that you can keep an eye on and see when it’s approaching your item. 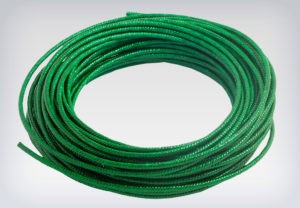 Pink fuse is a more medium speed fuse. It burns at approximately 10 seconds per foot. Pink fuse is not commonly seen in consumer firework stores, but can sometimes be purchased online. 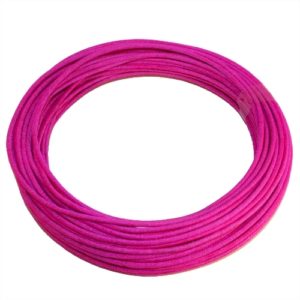 Gray quick fuse is the fastest burning fuse you can get in consumer fireworks, meaning you do not have to have a license to purchase it. Quick fuse burns anywhere from .25 seconds per foot to .5 seconds per foot. 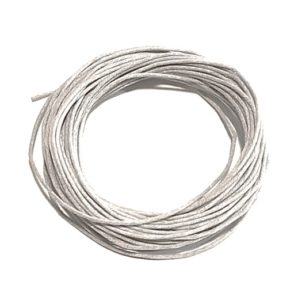 These are the three most commonly used types of fuses in the consumer market. However, there are other colors with other burn speeds out there. It is also very important to always test the timing of the fuse you have, as some manufacturers can vary slightly. Simply measure out and cut off one foot of fuse, have one person light it while another starts a timer the second it’s lit. Stop the timer the second it goes out and you should have an accurate time to expect. As the fuse burns smaller, it can take off through the air, so make sure you are testing in a safe environment and step back away from the fuse once lit.

Here is an easy list to refer back to when using your fuse:

Stay tuned to next weeks blog when we explain how to use these fuses to create a one-light backyard show this 4th of July!

Fireworks Friday – Bring it On
Scroll to top